The AccessHealth office will be closed on Tuesday, February 7th for staff development. We will resume regular business hours on Wednesday, February 8th. 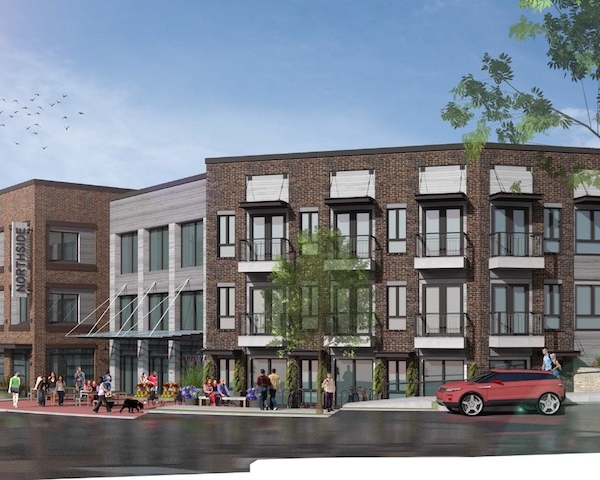 For nearly a decade, a large group of partners led by a group of neighborhood residents, the non-profit Northside Development Group and the City of Spartanburg have been working to transform the Northside, a community once anchored by Spartan Mills. For years prior, mirroring the fall of the textile industry and eventual closure of Spartan Mills, the Northside experienced a steady decline in property values and a rise in unemployment and crime. As longtime residents moved away, neglect and, eventually, despair took hold. By the early 2000s, few businesses operated in the Northside aside from a liquor store and a convenience store, and a privately owned public housing complex that dominated a large portion of the Northside became a haven for drugs and violent crime.

When the Edward Via College of Osteopathic Medicine — a medical school based in Blacksburg, Va., with a mission of training osteopathic doctors to practice in underserved areas of Appalachia and the Southeast — decided to open a second campus somewhere in the Carolinas, few would have predicted the school would ultimately choose Spartanburg’s Northside. But leaders at Spartanburg Regional Healthcare System had reason to be optimistic, thanks to some relationships between administrators at SRHS and VCOM. When the school’s leaders were shown the former site of the mill, by then a vacant 20–acre piece of property that sits less than a mile from Spartanburg Medical Center, Wofford College’s campus, and Downtown Spartanburg, they were hooked.

The decision by VCOM to invest $50 million in a medical school on the Northside was the match that lit the flame that eventually became the Northside Initiative, the most comprehensive and innovative community revitalization effort in the City’s history, and perhaps in the entire state of South Carolina. You can learn a lot more about the scope and success of this effort here.

The fact a huge investment in community health care in the form of an osteopathic medical school kick-started the rebirth of a long-neglected and disadvantaged neighborhood is important and instructive. In addition to high crime rates and a near-total absence of job opportunities in their neighborhood, Northside residents also had long experienced poor health outcomes. High rates of obesity, cancer, heart disease, and diabetes plagued far too many people in the Northside. Lack of access to primary care, as it is for most populations with endemic health problems, was a primary culprit.

While AccessHealth Spartanburg is a countywide organization, we have perhaps spent more time in the Northside in particular than any other single neighborhood in Spartanburg County. We have invested deeply in developing a relationship with VCOM that has produced tangible results and greater access to care in the neighborhood. Thanks to a generous donation from one of our supporters, AHS was able to dedicate staff specifically to the Northside.

To learn more about the Northside Initiative, visit the Northside Development Group website. We are proud to be a small part of this incredible effort, and we encourage you to join us!

How AHS Is Meeting People Where They Are